It has been ten years since we have been able to spend time with our Dad. I know that not a day passes that we don't all think of him often. I miss him with all my heart but I know that he would not want us to remember him on any day with sadness. He was a soft-spoken, eloquent, intelligent and honorable man. He lived his Catholic faith without just speaking the words. He was direct and frank but fair and open-minded. He was a letter carrier by trade and a gifted musician who loved his music, but he was not defined by those labels. He was "Dad", or "Papa Tony" and his greatest legacy lies in his children, their spouses, grand-children and generations to come.

My brother, Anthony, told me that he was listening to some great jazz last night and it seemed appropriate, given the day. I agree. We all have our memories of Dad but it's still so nice to hear him. The song that you hear playing was recorded at a jam session and the video below is of Dad and one of his best friends, Ernie Douglas. I thought it would be nice to spend some time with him and introduce you to my Dad.

We Miss You and Love You, Dad! 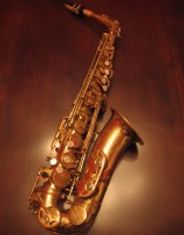 My father, Tony Gutierrez, was the single biggest musical influence in my life. For quite some time, I have wanted to create a space where I can both pay tribute to as well as continue his muscial legacy. I will be sharing photos, recordings, video and hopefully some stories from his peers. You are definitely welcome to share those if you have them.

Dad was best known for being a wonderful melodic player. He had "bop" tools in his bag, but his lush tone and soulful melodies are what people remember most vividly. I've been told they could listen to him for hours. One of the greatest compliments I have ever received was given by jazz critic Chuck Berg. He once told me that my vocal tone was smooth like my Dad's playing, with the ability to add a little edge; just like him.

During his career, he was a long-time Union musician and in-demand lead player. At one point, he and some fellow musicians started gathering at various locations around Topeka (including my parents' first tiny apartment) and work out or "workshop" various big band charts that they arranged. This group of players, including my Uncle Hank, who was a first-call bass player in his own right, would later become the charter members of the "The Topeka Jazz Workshop". Today, the TJW continues to be not only one of a handful of working big bands in the country but is an important advocate and sponsor of jazz music preservation.

Eventually, he became the house sax player at The Catfish Hollow, one of the region's top jazz rooms. The Catfish was owned by his life-long friend, jazz artist Ernie Douglas. It was during this period that he was invited to play on numerous occasions with Karen and Richard Carpenter. Karen was Dad's favorite female vocalist and these intimate performances proved to be some of his most creatively fulfilling.

Over the course of my career, I have been blessed to share similar "musician" experiences that my Dad did and walk some of the same roads. I loved that we were able to trade stage stories when I would come back home. One of our traditions was that if I was performing at a special venue, I would call from backstage just before going on and say "Hey Dad, guess where I am?"

It seems like yesterday, but this December will mark ten years since my Dad passed away. I miss him every day, but I am comforted in the knowledge that I don't need to worry about that question anymore, because he is always there beside me. 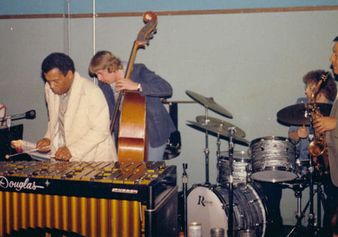 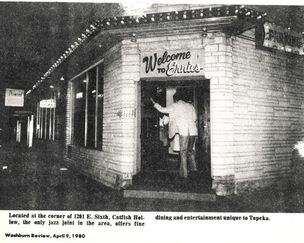